What is an Elimination Diet?

What if we told you there was a strong chance your headaches, asthma, joint pain, fatigue, bowel troubles, skin rash – you fill in the blank- could potentially be reversed by following a food elimination diet? Or, at the very least, the frequency and intensity of your symptoms could improve dramatically. Would you be willing to give it a try?

We believe implementing a bit of food elimination in order to rid the body of annoying (and potentially hazardous) health symptoms is worth a shot. Plus, who wants to spend hundreds, and sometimes even thousands on medication, further testing, and procedures if a little magic can be worked with food?

What is an Elimination Diet?

Generally speaking, as a team that has implemented thousands of elimination diets, we can say that anything less than 3 weeks is usually not long enough to produce desirable results.

It often takes approximately 6 weeks for the immune system to calm down a bit and readjust. Those who have been experiencing symptoms for years may benefit from implementing a 12-week elimination diet.

And, in case you were wondering, a properly implemented elimination diet is the gold standard for detecting food allergies, sensitivities and intolerances.[1,2]

However, if you’d like to learn more about food sensitivity testing (which might be the next step if a basic elimination diet is not helping), we discuss our favorite form of testing here.

Additionally, if you prefer to hear or see some in video form, check out our Youtube video…

We also have a 3-Part Elimination Diet Video Series that you can sign up for online to get helpful tips and tricks to starting an elimination diet.

How Will an Elimination Diet Plan Benefit?

We usually look at three major components when deciding if someone should begin an elimination diet:

If you answered yes to any of the above, it might be time to seriously consider an elimination diet.

But, there is one key factor we want you to understand…

Food is certainly NOT the root cause of your symptom(s) or health issue(s), but it absolutely plays a role in the overburdening of the immune system.

Sure, you might feel a world of difference by removing a food such as egg or soy. But, what you are actually experiencing is a “lightening” of the immune system load.

Our favorite analogy is the immune system “bucket”. The bucket overflows so to speak when the body can no longer handle what is being dumped into it. Classic examples include stress, junk food, overtraining, infections, medications and a toxic environment.

Over time, these stressors cause a major imbalance of bacteria in our gut. When our “good” and “bad” bugs are no longer in the right order and working together AND our gastrointestinal barrier is compromised, we are at significant risk for disease.[3,4]

This accumulation of “danger” places our body on high alert. Our body then begins to call in all the immune troops to start a war. Food is typically what is attacked the most because it is being consumed all day every day. The immune system begins to see this food or these food items as invaders and BAM there is the fatigue, joint pain, migraines, hives- you name it!

If left unaddressed, or suppressed with a medication, we may unfortunately see the face of disease down the line when it otherwise could have potentially been avoided.

Remember, your genes are NOT your destiny. Your lifestyle and environment typically pull the trigger on these genes to turn them on vs. keeping them silenced. In other words, we may be prone to the things we inherited from our family, but it does not need to be our fate.

What are Some Examples of Popular Elimination Diet Plans?

These are all diets where a certain food(s) or food group(s) is removed in an attempt to feel better, look better, move better etc.

While these diets can be incredibly therapeutic and effective for a brief period of time, we would not encourage such restrictive eating for life. We would also like to note that a restrictive elimination diet is not an appropriate approach for those with a past medical history of an eating disorder.

At the same token, we have seen a number of clients over the years who were incorrectly diagnosed with an eating disorder when in fact, the root issue was that the client’s gastrointestinal health was so poor, they were unable to tolerate 30+ foods. The end result? Food fear and disordered eating by default.

Once the gut issues were properly addressed, the individuals were able to bring back a wide variety of foods that previously were not tolerated.

A selective elimination diet is where a select number of foods (sometimes only one food) is removed from the diet for a period of time. As practitioners, we typically review the client’s food and symptom journal for a few weeks and try to piece together patterns. We then use this data to remove suspected food triggers. After the removal period, each new food is introduced one at a time in order to properly note tolerance and symptoms.

In certain situations, we may implement food sensitivity testing and then use that data to decide which foods should be removed and rechallenged.

An oligoantigenic diet is when the client begins an elimination diet that includes a very select number of foods, typically ten or less. Then, slowly over time, after the removal period is complete, the diet gradually expands according to tolerance.

To make a long story short, we would typically attempt a selective elimination diet when:

We would typically attempt an oligoantigenic elimination diet when:

How Long is an Elimination Diet?

Ahhhh, the famous question. And the answer is…

No! Absolutely not. At least not an overly restricted elimination diet for the rest of your life.

In fact, if you find that you are unable to successfully reintroduce most of the foods that you removed, it means that the root of your health issue(s) has not been properly addressed. This is when you would find a team consisting of a functional medicine trained doctor and registered dietitian in order to get the ball rolling in the right direction.

Issues such as mold exposure, heavy metals, viral infections, and parasites are very real and must be addressed in order for you to make progress.[6] The scary part is that most people don’t even realize this could even be a possibility. These issues are not typically addressed by conventional medicine practitioners. Instead, it is assumed the patient’s symptoms are a result of stress or aging.

JUST BECAUSE SOMETHING IS “NORMAL” SIMPLY BECAUSE THE MAJORITY OF THE POPULATION IS DEALING WITH IT, DOES NOT MEAN IT IS HEALTHY OR “RIGHT!”

Stress or aging definitely plays a role, but rarely is it the complete root of the problem.

(We actually had someone in our office last week who contracted a parasite after accidentally swallowing contaminated water during a Spartan Race. How crazy is that?!)

Now, with all of that said, there may be a genetic component that does not allow you to reintroduce a certain food. And, certain foods are just not all that healthy to be consuming on a regular basis to start. But, otherwise, yes, the bottom line is that you should be able to reintroduce most if not all of the foods you removed once your gut is healed and your overall health is in a better state.

Ok, How Do I Start an Elimination Diet?

Alright, before you get rolling, we highly recommend you search for a functional nutrition trained registered dietitian in your area! These are the dietitians who know elimination diets like no other!

He or she will get to know you, your goals, symptoms and medical history before prescribing a unique eating regimen tailored to your specific biological needs. The eating regimen will be based on the principles of functional nutrition.[7]

If you’re looking for useful tips on how to successfully implement an elimination diet, check out our article on the 7 Crucial Elimination Diet Strategies.

And if you are a super-nerd like we are, (can’t spell nerd without RD!! LOL), and you’d like to dive even deeper into the research and case studies, check out the work of Dr. Alessio Fasano, Dr. Elroy Vojdani, Dr. Mark Hyman, and Dr. Jeffrey Bland to name a few. 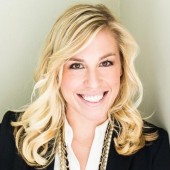 Kylene Bogden is one of the most well respected Functional Sports Dietitians in the United States. As a high school and collegiate sprinter, she experienced recurrent injury and fatigue. After years of constant struggle, she eventually learned that an abundance of processed foods and poor fueling strategies were the root of her performance issues. Kylene's personal journey as an athlete fueled her passion for finding a more progressive approach to sports nutrition. Since then, she has helped thousands of individuals dramatically improve overall health and athletic performance by taking a whole food approach. To learn more about Kylene's story and how a functional nutrition approach can help you to achieve your goals, simply click on the contact us link in the upper right-hand corner today!

Is Gluten Free Healthier? Here are the Facts

The Ultimate Guide for Athletes with Food Allergies

Disclaimer: FWDfuel Sports Nutrition is a participant in the Emerson Wellevate Associates program as well as the Amazon Services LLC Associates Program, an affiliate advertising program designed to provide a means for sites to earn advertising fees by advertising and linking to amazon.com.

Learn how we make tasty and nutrient dense shakes and smoothies for meals, snacks and recovery.

From snacks to meals to supplements, let us show you how to gain muscle like a pro.

Learn our top ten tips to be successful and the best foods to be consuming.